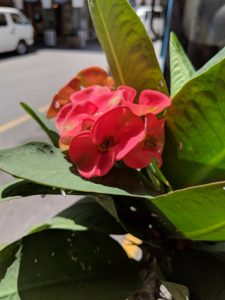 I struggled to pull out my laptop tonight. I find myself watching another day of news cycles in which men are being accused and sentenced for sexual assault of women. I turn away from my tv and pull up my social media page. I see post after post concerning the events of the past few days. A Supreme Court Nominee accused of inappropriate conduct towards various women. I also see political and racial post concerning an African American TV Icon in handcuffs being whisked away towards prison for sexual assault of women. My head is suddenly spinning and I feel somewhat nauseated. I find myself feeling angry and frustrated because I honestly don’t believe people get it. Sexual assault is crippling, life altering and it goes on a lot more often than most people probably think.

People are so eager to discredit victims when they find the courage to speak. I have asked everyone that has confided in me why they remained silent about such things. Some said they simply thought no one would believe them. Some said they felt their family would hold it against them. Some said they never spoke up because they were scared and truly frightened.  Some shared that they felt loved ones would blame them for being at the wrong place at the wrong time. Some have shared that the assaulters had painted a sharp picture that they had asked for such awful unwanted attention. Some admitted that they felt it happened to everyone and they must simply silently deal with it. A handful of my friends openly admitted that because of the  mistakes that they had made in their lives, they felt people would discredit them.  All of these are reasons why most victims will not come forward after a horrific sexual assaults.

If all of this isn’t awful enough the majority of the above mentioned victim’s self esteem, relationships, parenting skills, mental health  and social skills have been notably affected. They appear as beautiful, blossoming, vibrant and healthy flowers on the outside. Yet their roots hold dark secrets that suck the nourishment from their petals of a normal life. To the naked eye they are immaculate, strong, full of life. But their leaves of life’s accomplishments and struggles can barely protect or support  the beautiful blossoms of wholeness and peace for them. Take a closer look at those around you sometimes. You may notice a withered leaf of quietness, awkwardness, hesitation or perhaps unexplained anger every once in awhile. Most sexual assault victims handle life as an aggressive explosive fighter or a docile subservient mouse of a person. They are all beautiful flowers that hold awful heartbreaking secrets and they believe that there isn’t a soul on earth able to deliver them from their horrible nightmares. Their lives are a facade “an outward appearance that is maintained to conceal a less pleasant or creditable reality.”

What you may find more interesting is that I know of several men that have quietly suffered with the secret of being sexually assaulted victims. What is so shocking is that as young boys or young men they were actually assaulted by older women. Of every case that I have been made aware of those women were left by victims parents to care and watch over them. None of these men have ever shared their secrets with their parents. A few said they felt it was perhaps a natural thing. Others felt their fathers would laugh at them. Others felt their mothers would never believe a relative or friend would do such a thing. These men have carried this brokenness into adulthood and become spouses and parents. Like women they too have balled up into their beds at night and cried themselves to sleep. Afraid to tell the world that they were mistreated and violated.

Ladies and Gentlemen what type of world are we living in? Why have we created a climate in this country that leaves victims of sexual assault afraid to come forward and receive justice. Why are we cultivating a climate in which they will be killed, threatened or run the risk of having their character assassinated? What are we doing to our own friends and family members? We must muster up enough compassion to nourish the roots of brokenness, fear and sadness so that those around us may blossom and thrive again in a safe and healthy environment. We must learn to accept the “horrifying truths” that those around us have been living with. People are hurting and we on social media and in the political arenas are strengthening the power of their assailants. We encounter sexual assault victims on a daily basis without even knowing it. Might I suggest we learn to choose our words more carefully when discussing sexual assault accusations.

We have been preparing and stressing for days now. Hurricane Florence is beginning to bare down on the North Carolina and South Carolina Coastline. Winds and rain are marching towards us at a slow steady but deadly pace. Even though I am almost three hours away the fear of the strength, power and size of the storm still has me somewhat flustered.

The fear of flooding, tornadoes and loss of life. This storm is simply too big 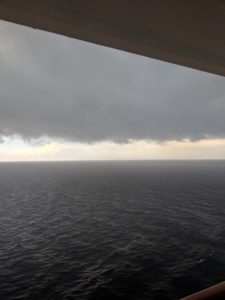 and I feel somewhat humbled by the helplessness we have against Mother Nature and God. This storm requires the grace and mercy of the Almighty God. I am just praying those that have decided to stay along the coast will actually miraculously survive. Florence is here and clearly there was honestly very little we could do to prepare. Unfortunately we  lack the power as humans to stop the storm.

As I have been preparing my home and family for the storm I have pondered the thought of my handling of my life’s personal storms. I realized that I often struggle between handling storms like Noah and/ or Jonah. Sometimes I decide to be well informed and well prepared like Noah. Other times I feel like running and hiding and ignoring the warnings like Jonah. Do I stand tall and begin building my ark ignoring the snickering, judgement and criticism of others? Or do I tuck my tail between my legs and crawl into the comforts of my bed and ignore the storm warnings? Risking my loved ones peace, protection and leaving them vulnerable without warning?  Either way the storm is still coming.

Thanks be to God for technology and meteorologist men and women. In this day and age we are blessed to receive advanced storm warnings. I chose to take the path of Noah. I shall heed God’s warnings and build a fortress with a storm in mind. This can only be achieved through praying and studying while meditating on the Word of God. Prayers are a mighty fortress indeed. They can build walls up and create bridges across the troubled waters. Prayers shall lead us all to safety. So tonight ” Let us then approach God’s throne of grace with confidence, so that we may receive mercy and find grace to help us in time of need.”  Hebrews 4:16 NIV

I solicit your prayers tonight for all God’s People in the path of this storm as we begin to endure the violence, strength and power of this major hurricane named Florence.